On February 28th and March 21st the entire Rural Riches team attended a conference in the town of Huy (Belgium), located along the river Meuse. Several excavations in Huy have uncovered evidence for craft activities, indicating that the town was a significant center for early medieval production. Over the course of the Merovingian period, all major artisanal crafts were practiced here, including the production of pottery, glass, iron, copper alloy, bone and antler.

The conference was organised by Catherine Péters and Sophie de Bernardy de Sigoyer from the AWaP (l’Agence wallonne du Patrimoine), in cooperation with Line van Wersch from the Rural Riches project. It was attended by archaeologists, material specialists, historians and other researchers from Wallonia and beyond. Rural Riches team members Frans Theuws and Martine van Haperen presented a general introduction to the RR project and an inter-regional perspective on the production from Huy. Line van Wersch presented the results of her studies on the pottery production sites from Huy.

The craft center in Huy will be a central case study for the Rural Riches project, in our research on the modus operandi of Merovingian artisans. We are grateful for the generous spirit of the AWaP in allowing us to work with this material, which is currently still partially unpublished.

Across Europe, people deposited similar glass beads in Merovingian graves. These beads are known to have been produced at different places in the world, ranging from India and the eastern Mediterranean to northwestern Europe. The study of Merovingian bead-sets can thus give us great insight into 6th century exchange systems. One of the questions that remains to be answered is whether identical beads found in several cemeteries across Europe were actually produced in the same workshop. Chemical analyses of those beads can possibly answer this question. At the start of November, project member Mette Langbroek took the complete set of beads from the Merovingian cemetery of Lent-Lentseveld to the University of Liège for X-ray and XRF analysis. This is a first step that allows us to distinguishing groups in the chemical composition of these beads. Next spring, the beads will be taken to the IRAMAT-Centre Ernest-Babelon in Orléans for LA-ICP-MS analysis to establish their exact chemical composition. 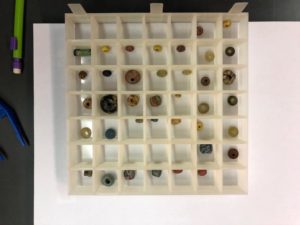 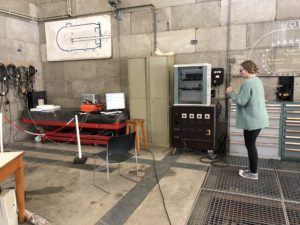 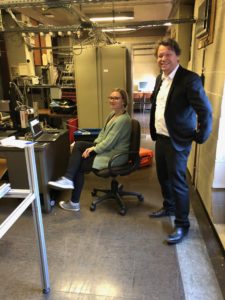 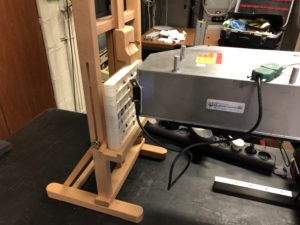